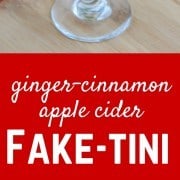 Serve this easy apple cider mocktail with ginger and cinnamon at your next fall party! 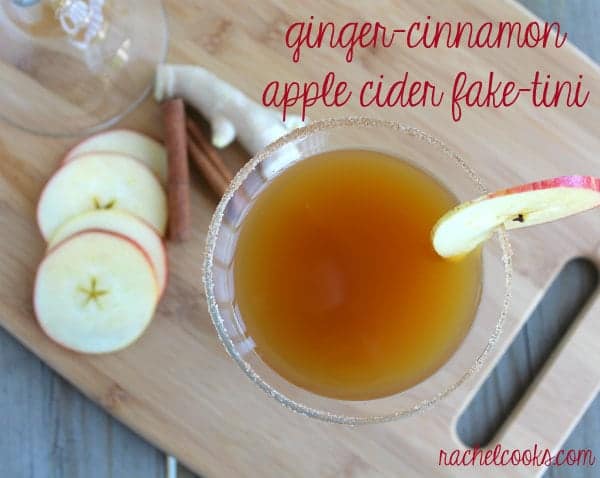 Do you enjoy a good cocktail now and then?

Or are you pregnant and just desperately craving an ice-cold beer?

Being a pregnant blogger, I’m bringing you a “mocktail” recipe. For those who don’t drink…or can’t. Shouldn’t. Whatever.

And I put ginger in it. Because if I’m going to play along with a fancy drink–it might as well help with my 24/7 nausea, right? And it just had to be fall-inspired. I’m obsessed. I love fall! 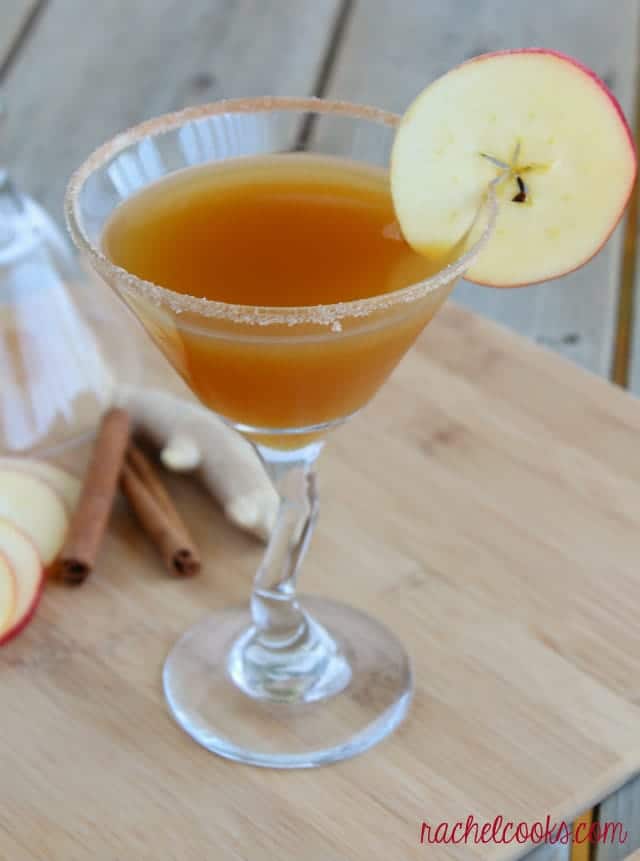 About this Apple “Mocktail”

This apple cider mocktail (or fake-tini) is super easy to make. Begin by making ginger cinnamon simple syrup. Simple syrups add so much flavor. You’ll want to make this ahead so it has time to cool completely. It keeps several days in the fridge.

Combine water and sugar in a saucepan, along with a couple of cinnamon sticks and sliced fresh ginger root.  Simmer until the sugar is completely dissolved. After the syrup has cooled, strain out the cinnamon sticks and ginger. You’ll have plenty of ginger cinnamon simple syrup for several drinks.

When you’re ready to serve the mocktails, add a couple of tablespoons of the simple syrup, apple cider and ice to a cocktail shaker. Shake vigorously until the drink is chilled, and pour it into a cinnamon sugar rimmed glass. So delicious and pretty too. I like to garnish it with a fresh apple slice.

Psst: if you want, add a shot of vodka, whiskey, or spiced rum. I would, if I could. Or try this fantastic Apple Cider Mule, with ginger beer, apple cider, and vodka. 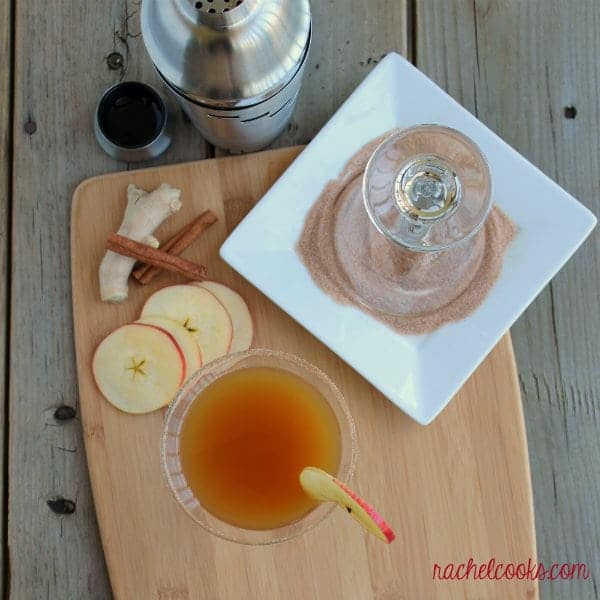 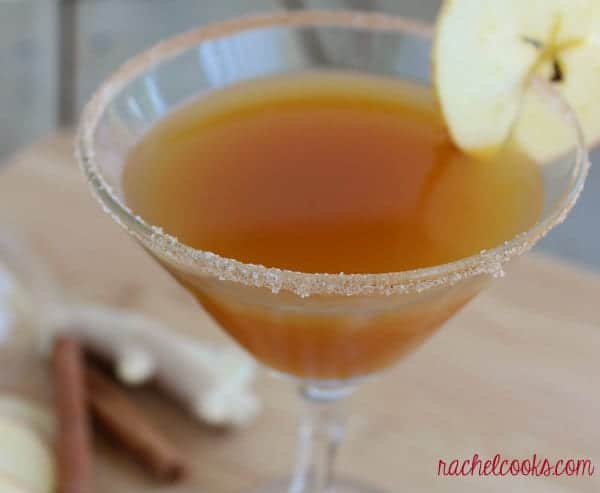 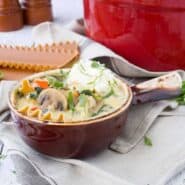 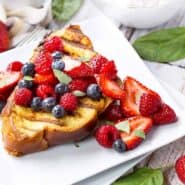 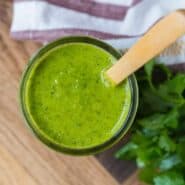 How to Make Salsa Verde