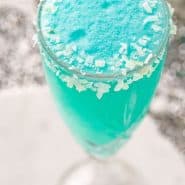 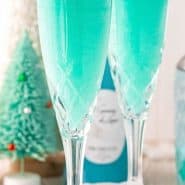 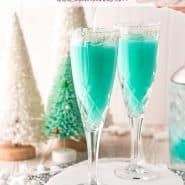 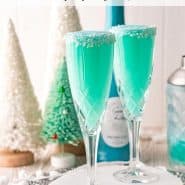 A gorgeous hue of blue, a Jack Frost mimosa, with its “frosty” rim of coconut,  is a spectacular addition to your brunch or holiday party. 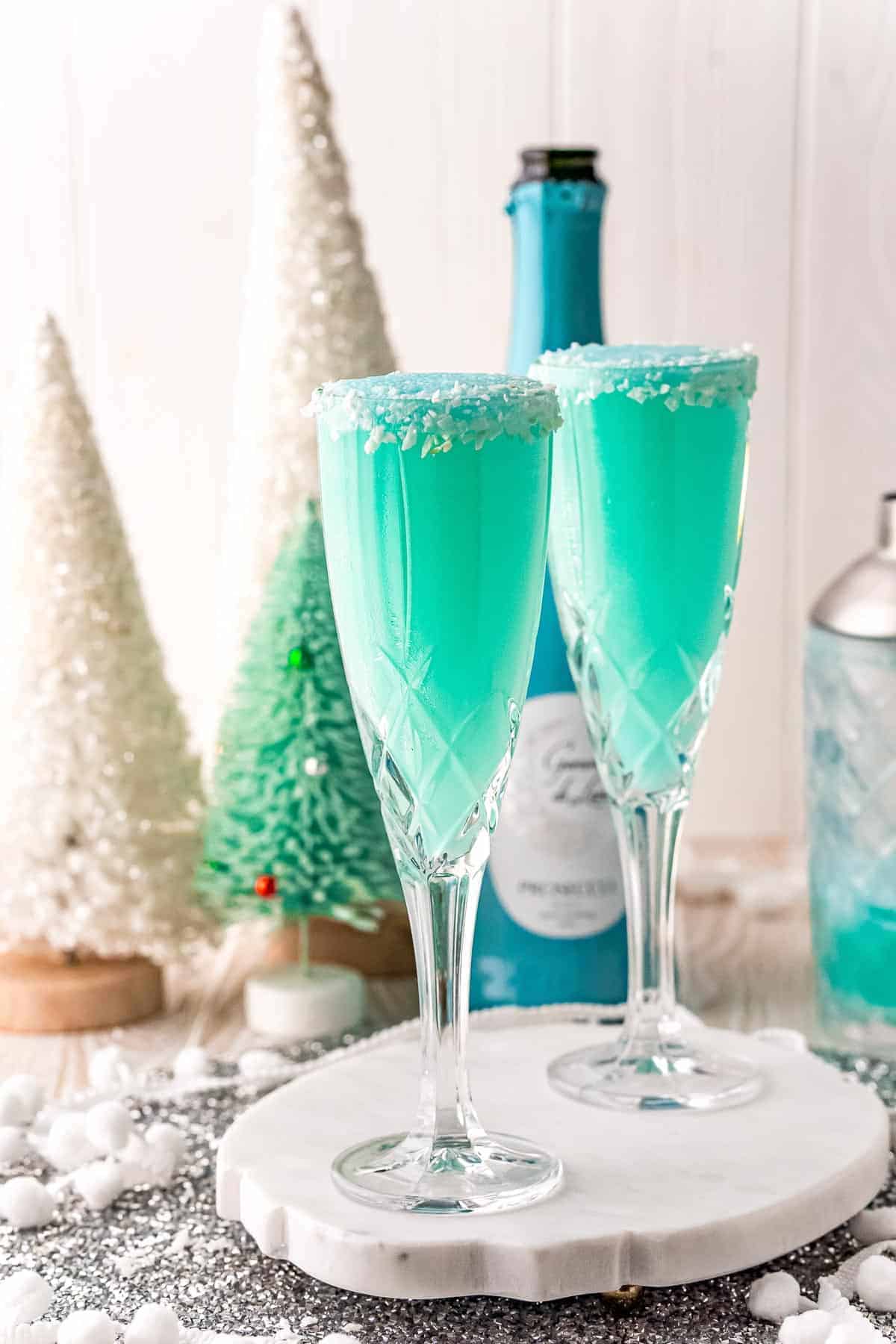 This is not your run-of-the-mill mimosa! Isn’t it beautiful? Be prepared for oohs and aahs when you serve icy cold Jack Frost mimosas. And Mr. Frost isn’t just a pretty face — he comes through with plenty of exciting flavor, too. Everyone expects eggnog during the holidays, surprise them with this fun drink too!

Pineapple, coconut, rum are lightened up with addition of bubbly prosecco. The distinctive blue color comes from Blue Curaçao, (pronounced Cure’-a-sow) a citrus based liqueur, similar to Triple Sec. It’s an essential fun ingredient in many cocktails, including a Blue Hawaiian, Blue Lagoon, Bluebird, or a Blue Motorcycle. 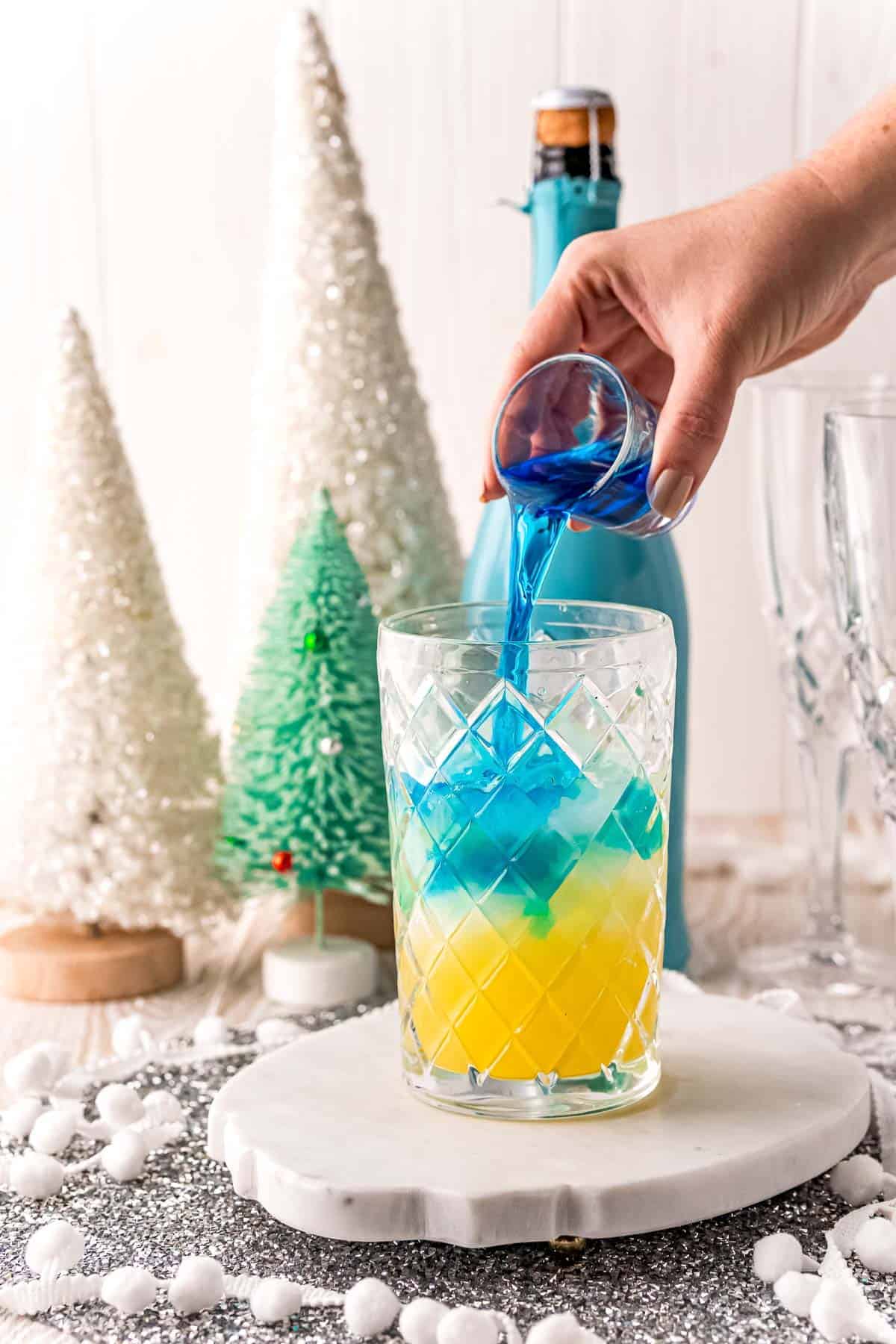 Who is Jack Frost anyways?

The first thing that comes to my mind is the ubiquitous Christmas Song by Nat King Cole, that we hear played incessantly in stores for two months before Christmas. “Chestnuts roasting on an open fire, Jack Frost nipping at your nose…”

Maybe Jack Frost has left his beautiful fern-like etchings on your windows. Jack Frost is the personification of winter and all its freezing attributes: frost, ice, and snow. According to the Farmers’ Almanac, his character is thought to be based on an ancient Norse giant, Jokul Frosti, who wasn’t at all friendly.

Let’s just stick to our version of Jack as a chilly friend who inspires yummy cocktails and Christmas songs. 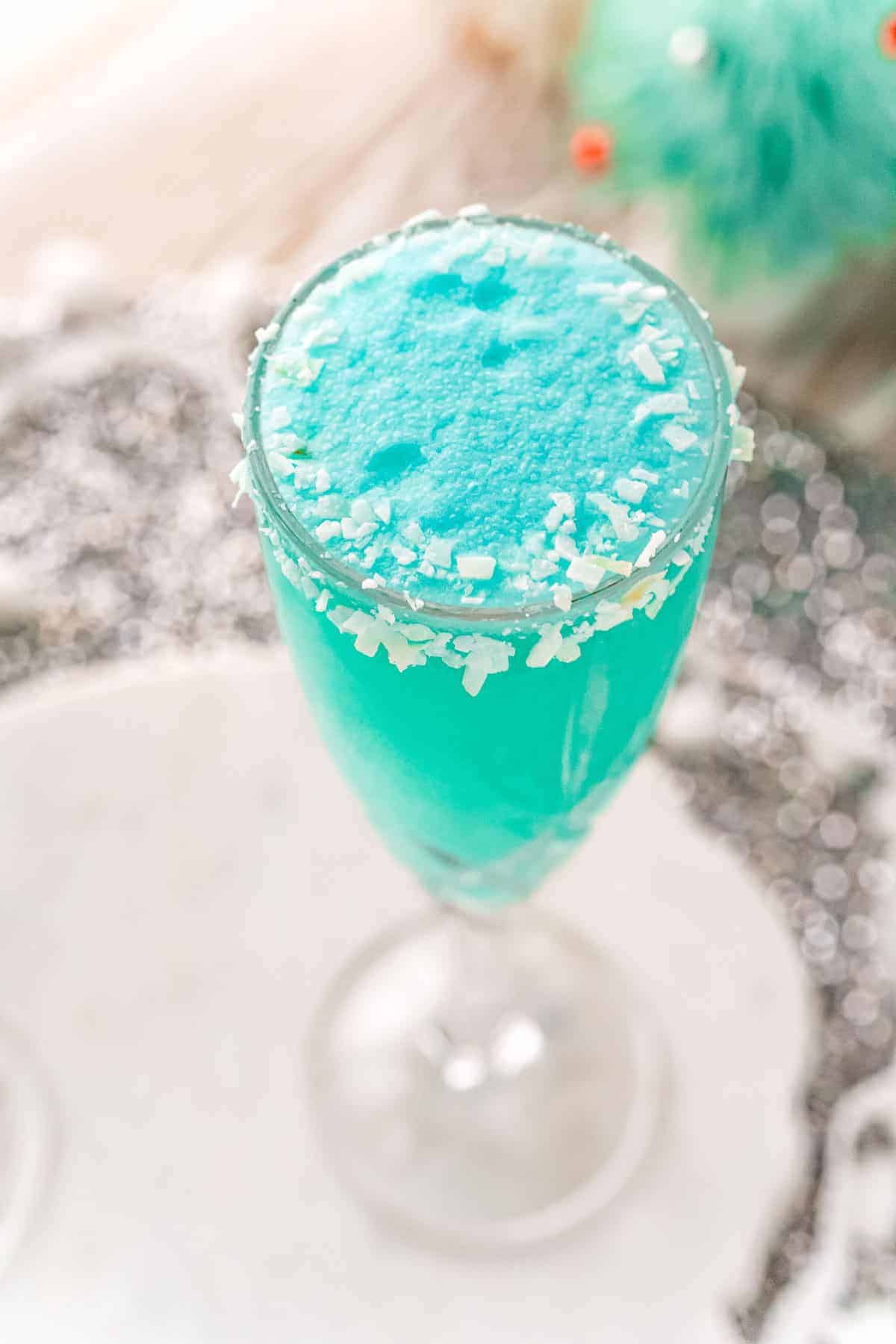 About this Jack Frost mimosa:

This cocktail is based on the simple formula for a mimosa: orange juice and prosecco. The orange juice is replaced by pineapple juice, enhanced with cream of coconut and Blue Curaçao, and fortified with white rum. Bubbly prosecco is added to lighten everything up and give the cocktail a bit of fizz. 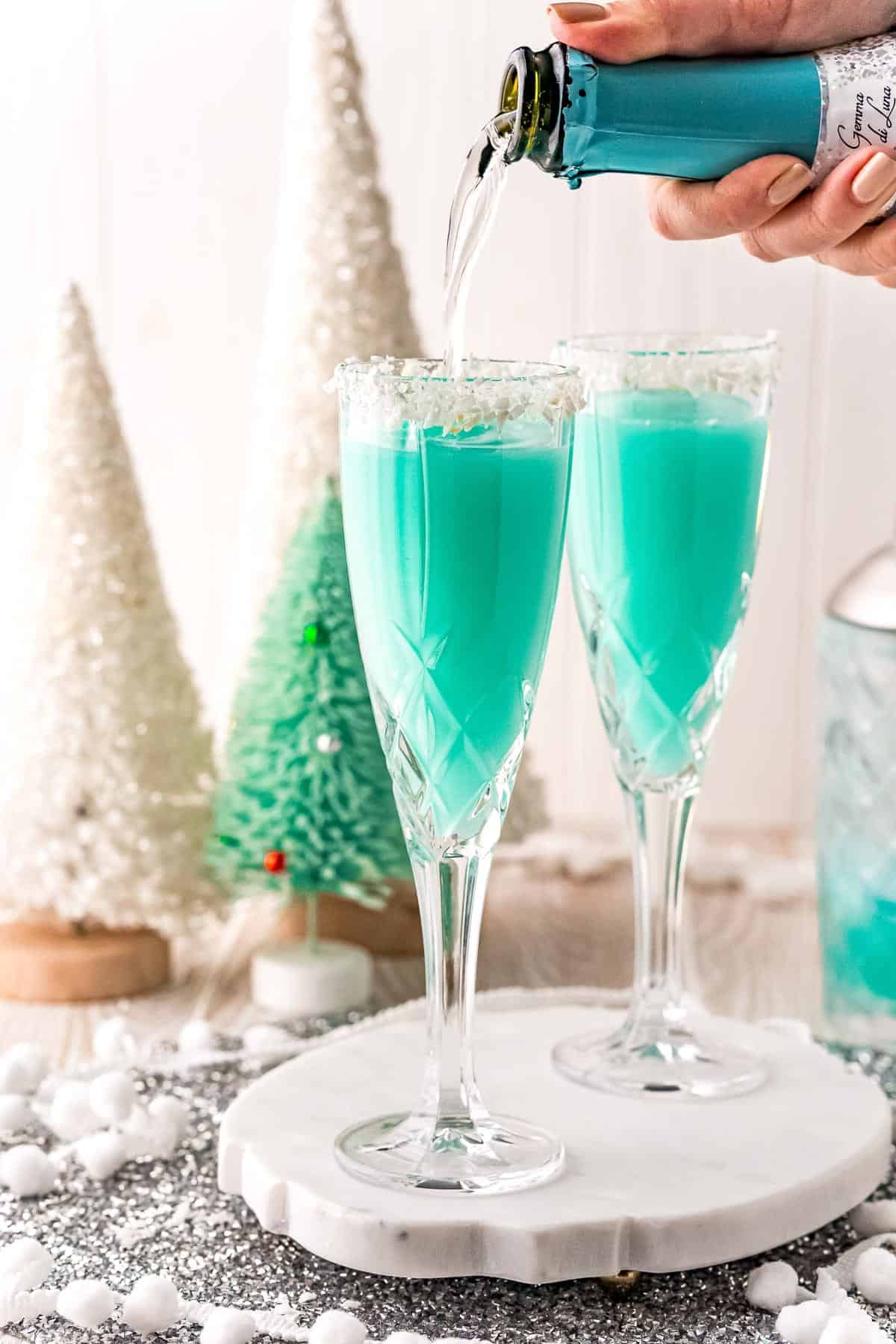 Just a note about the cream of coconut: This cocktail uses a product called Coco Real Cream of Coconut drink mix. There’s really no substitute for it. Cream of coconut, coconut milk, or other products simply won’t work. It’s available at most grocery stores in the liquor section, and on Amazon. 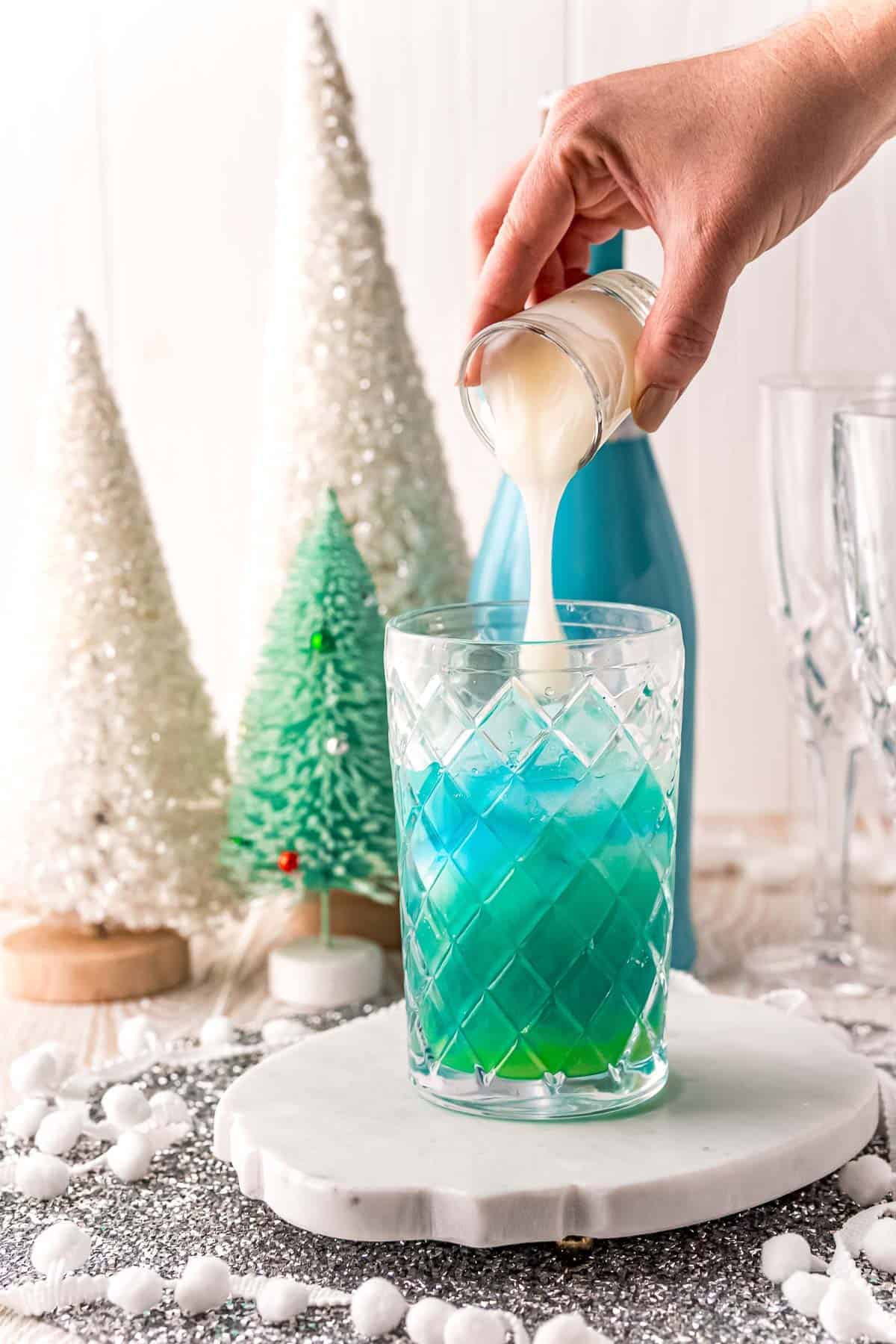 This drink is served ice cold, of course. What else would you expect from Jack Frost? Get out your cocktail shaker, add plenty of fresh ice, and shake up a chilly winter cocktail! 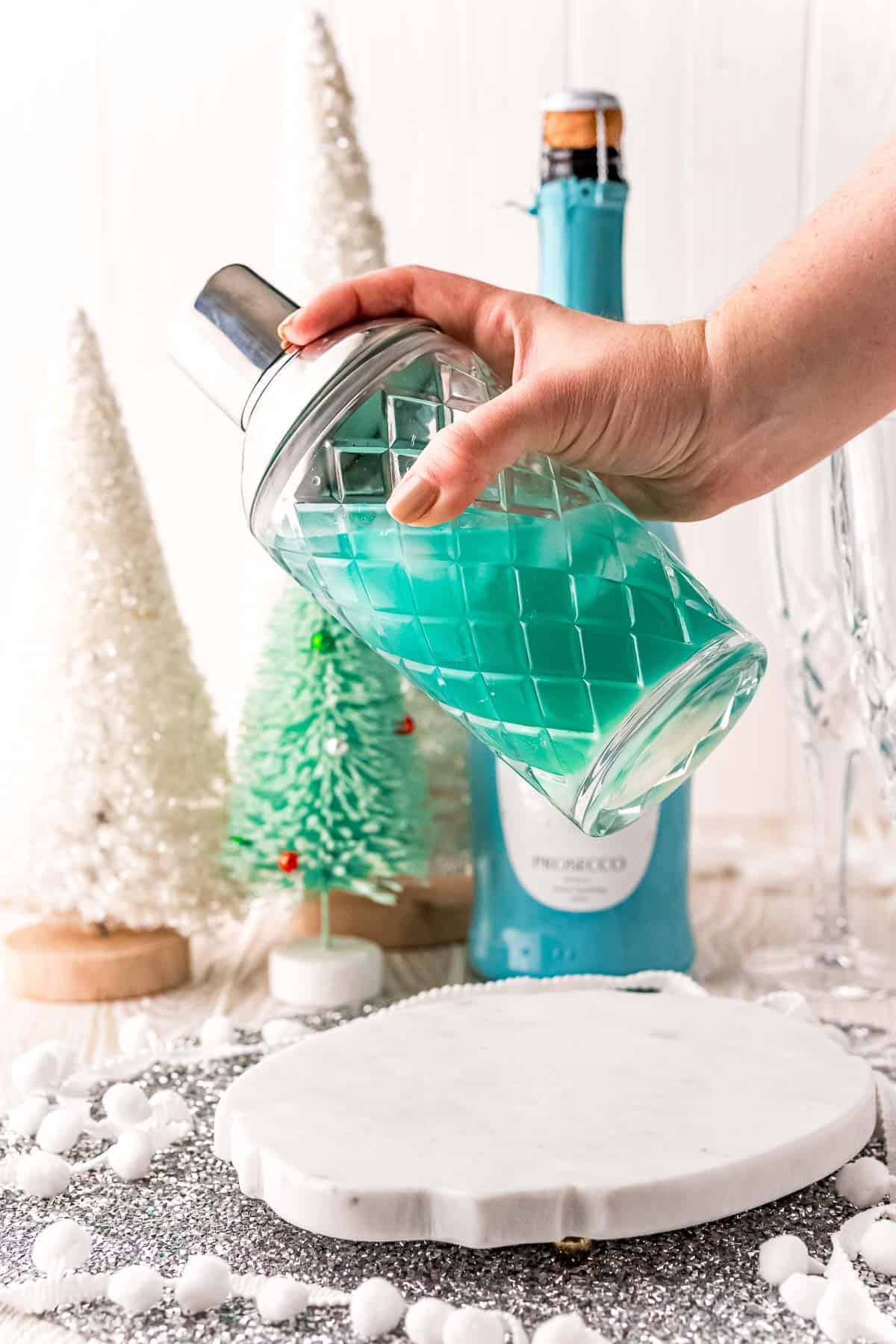 What’s in a Jack Frost cocktail? 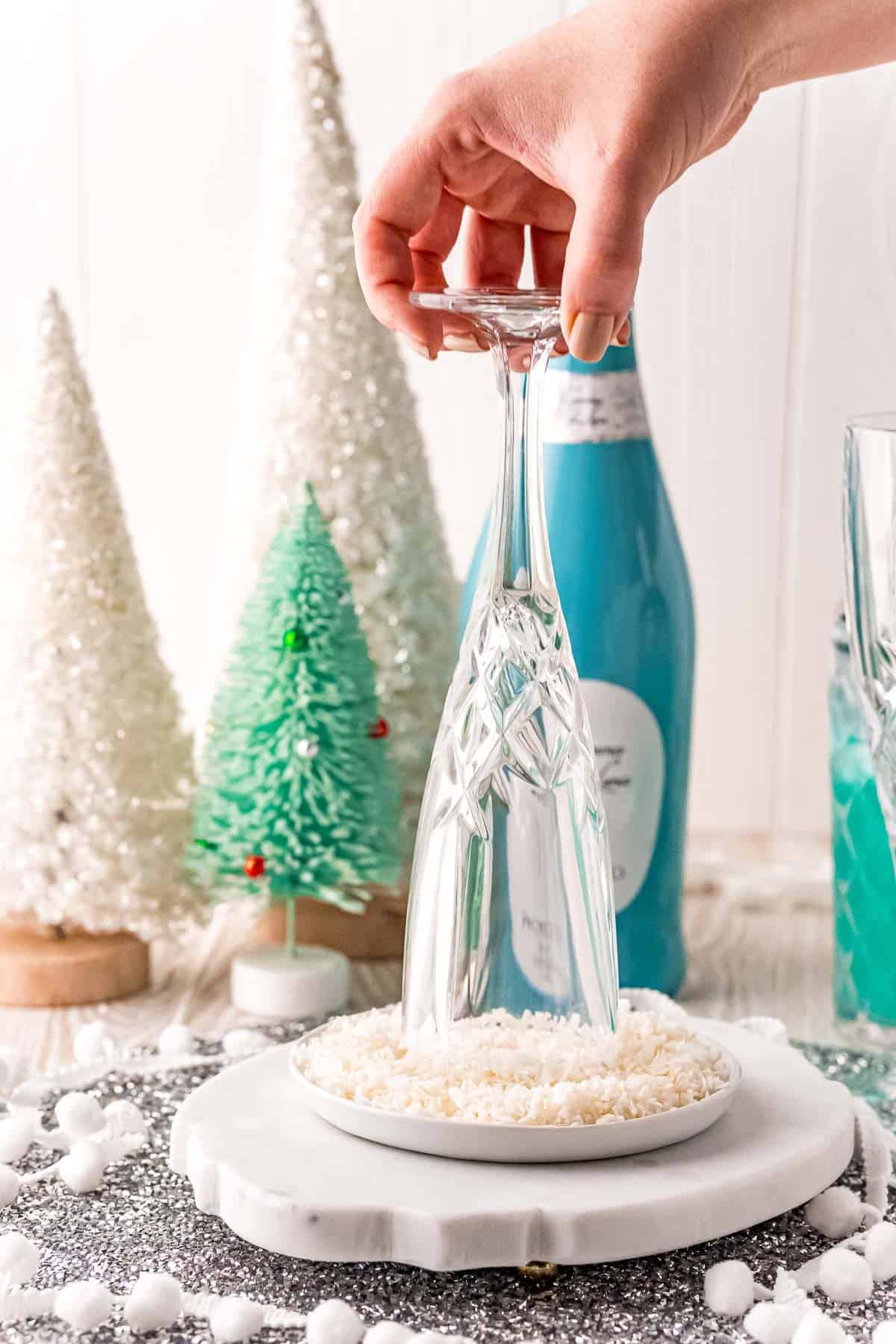 How to make this Jack Frost cocktail your own: 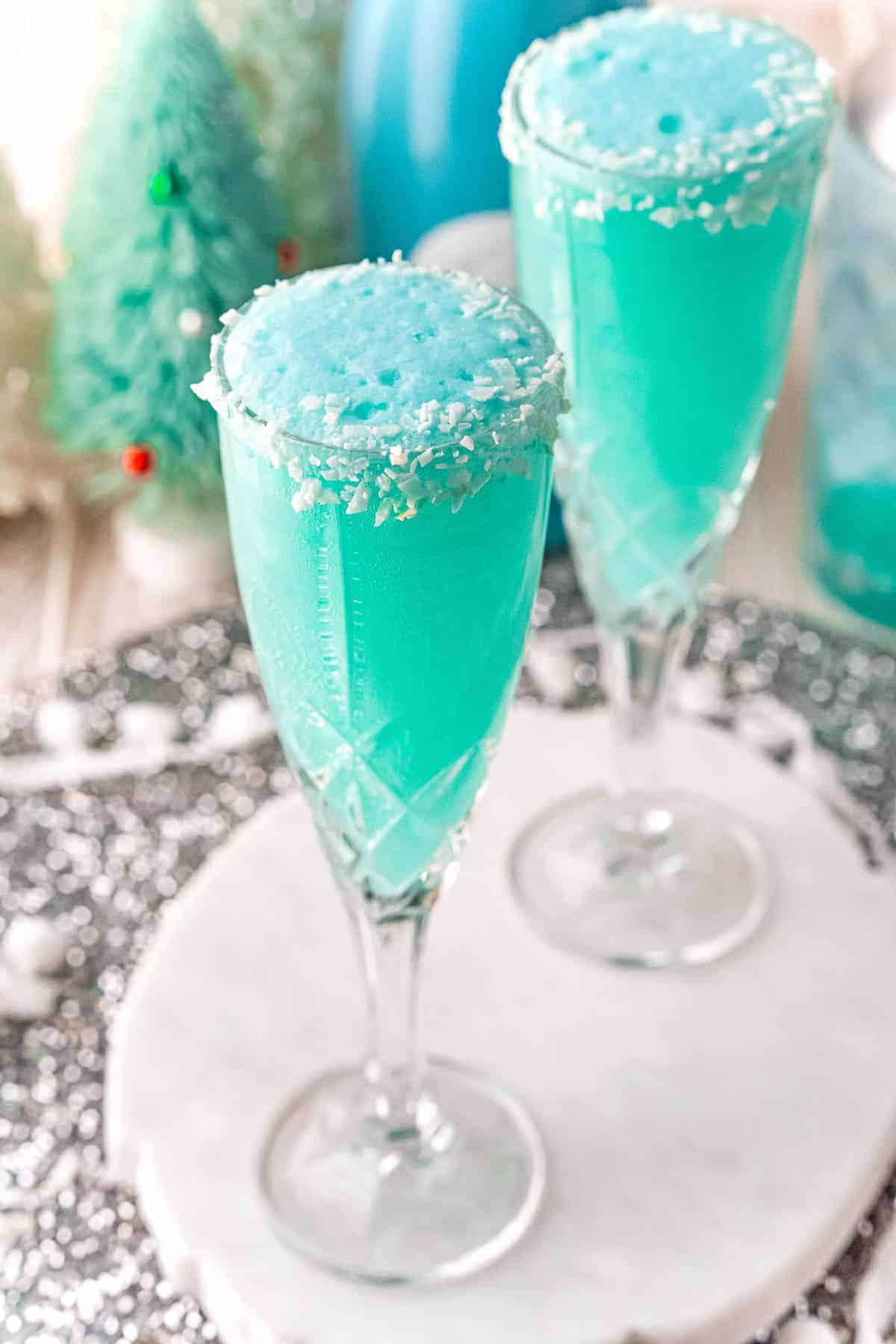 Stir everything except the prosecco together and refrigerate until ready to serve. Prepare glasses, pour in mixture, and top with prosecco.

Here’s to your good health this season in whatever language you prefer! For more cocktail ideas, try: 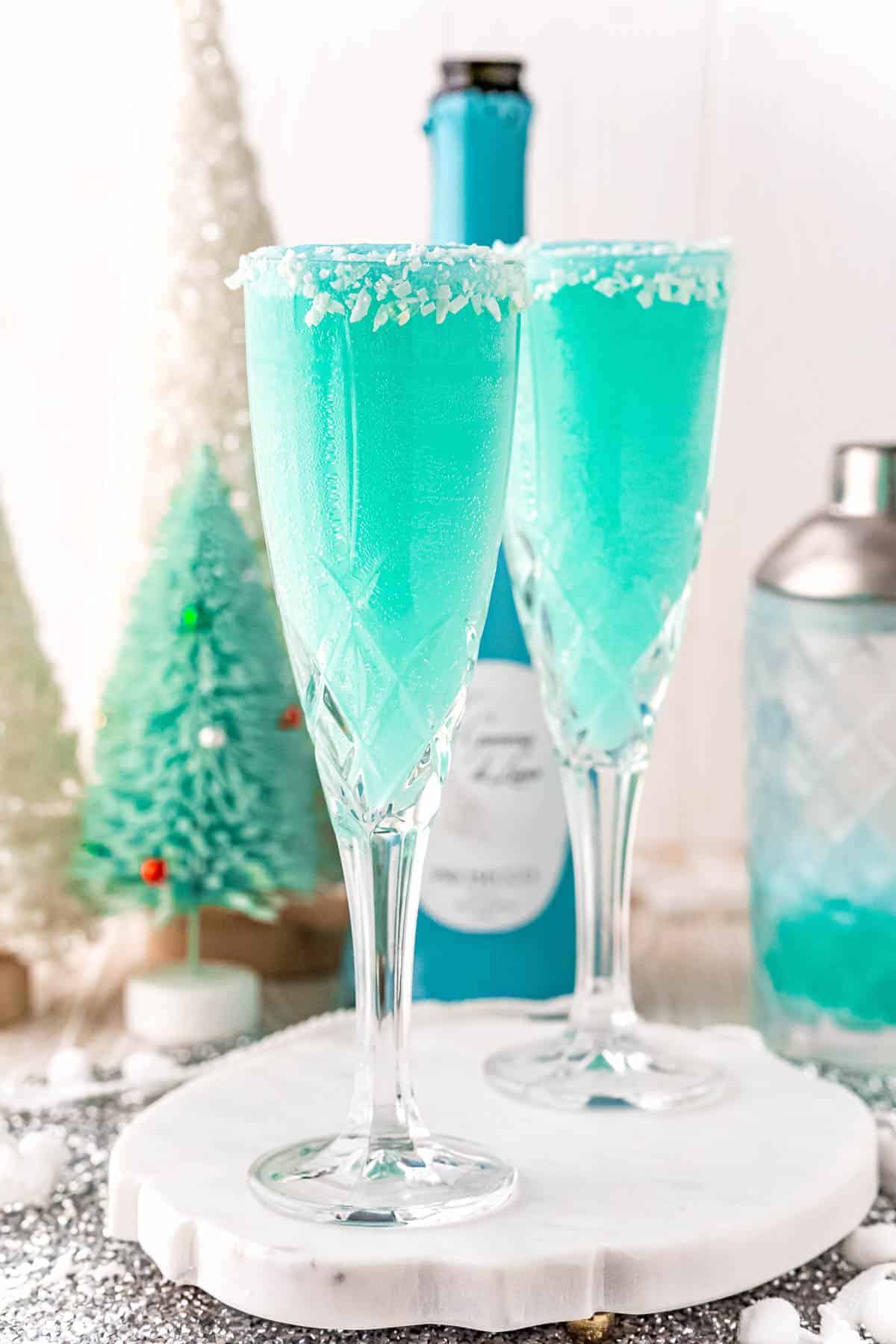 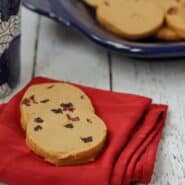 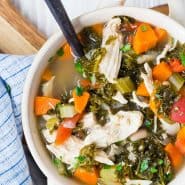