END_OF_DOCUMENT_TOKEN_TO_BE_REPLACED

Home Recipes by Ease of Preparation 30 Minutes or Less 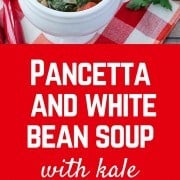 Pancetta and white bean soup with kale has similar flavors as bean with bacon soup, but you can feel good about eating this flavorful and hearty soup. 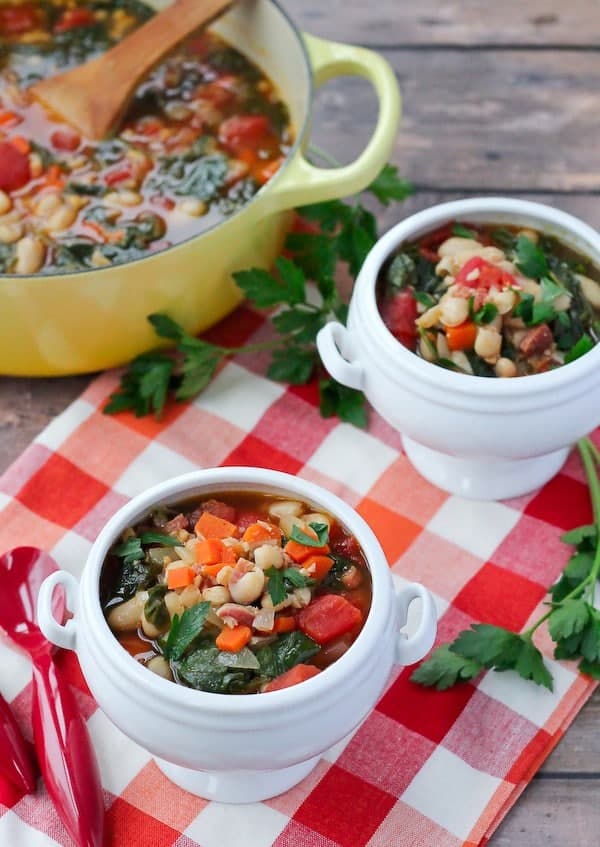 I’m not going to lie, soups never used to really excite me. I’d always want something else with them. But they’ve really been growing on me lately. Maybe it’s because they’re typically pretty easy to make.

Ben’s job as a high school principal means I hardly ever see the guy. And if I do, it’s often for a quick dinner before he jets back to work for a game, a concert, or a meeting. Sometimes we tag along, sometimes he takes the kids so I can have a little time to get stuff done, or sometimes he goes back alone. 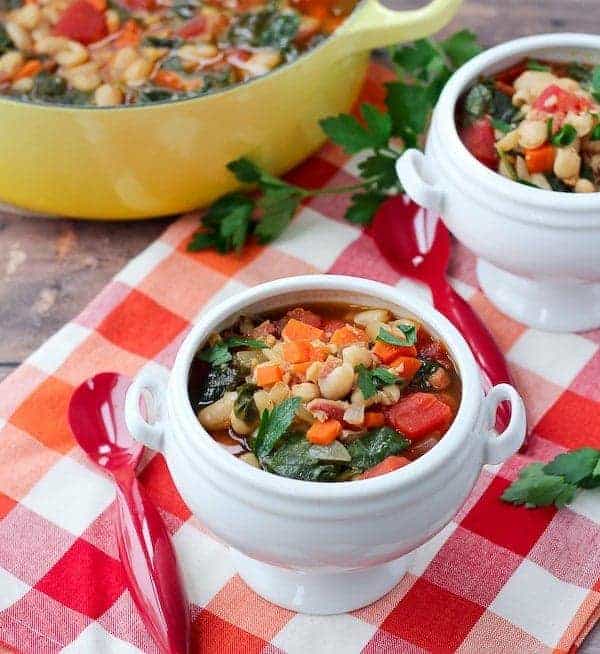 White bean soup with pancetta and kale fits the bill. It’s a soup my whole family loves. E even ate some, and N is still in that phase where he doesn’t eat anything.

I always loved Campbell’s bean with bacon soup growing up. This soup is total different (I mean…umm…KALE), but the flavors of the smoky pancetta paired with the beans really reminds me of bean with bacon soup. A bowl of white bean soup is filling and flavorful, and has quickly become a new favorite of ours.

About this pancetta and white bean soup

White bean soup is a one pan meal. Yaay! That means less cleanup. You can have it ready in less than a half hour. Double Yaay! And the soup nutritious and delicious, too. Triple Yaay!

What’s in this soup?

Begin by sautéing the pancetta until it’s browned. Remove it to a paper-towel lined plate to drain a bit. Reserving about a tablespoon of grease in the pan, add chopped onions and carrots to the pan, stirring and cooking until they soften. Add a bit of garlic and stir until the mixture is fragrant, about a minute. Throw in a big bunch of kale and stir fry that until it’s wilted and softened.

You’re almost there now. Add some broth, canned tomatoes, and canned cannellini beans and simmer a bit until the soup is nice and hot. It doesn’t matter really how long you simmer it so if you’re not quite ready for dinner yet, no problem. Just keep it on low heat until you’re ready.

Serve with fresh parsley, if you have it. A sprinkle of Parmesan cheese is really great, too! I like to serve this soup with crackers or if I’m really ambitious, corn bread or homemade rolls.

Make this bean soup recipe your own

If you have extra time in the morning, chop the onions and carrots and refrigerate them. When dinner comes, you’ll have that part of the recipe ready to go.

This pancetta and bean soup freezes well. Make a double batch and freeze half for dinner next week.

Store leftover soup in a tightly covered container in the fridge for 3 to 4 days or in the freezer for up to a month. Thaw overnight in the fridge for best results before reheating. Heat in a saucepan on the stove or by the bowl in the microwave. This soup makes great lunches. 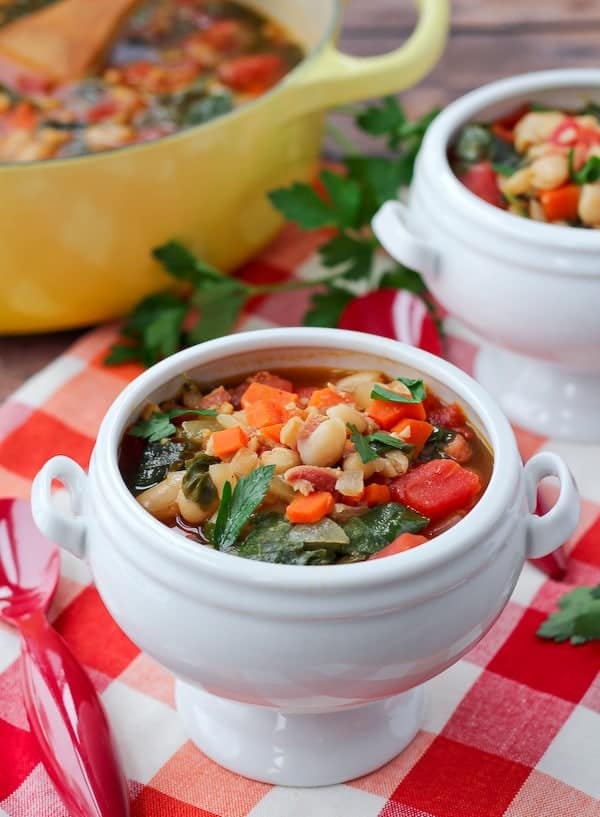 Looking for more recipes like white bean soup with kale? Try one of these:

Prevent your screen from going dark
Pancetta and White Bean Soup with Kale has similar flavors as bean with bacon soup, but you can feel good about eating this flavorful and hearty soup. 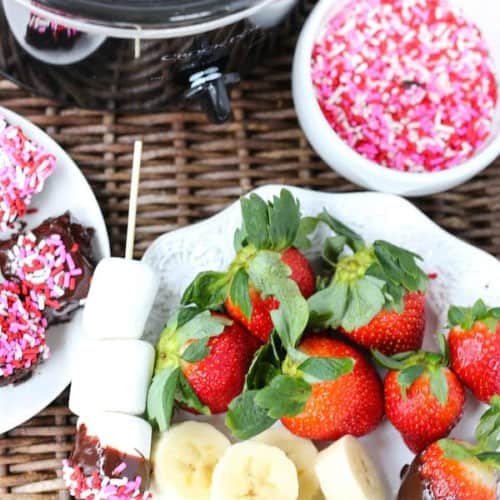 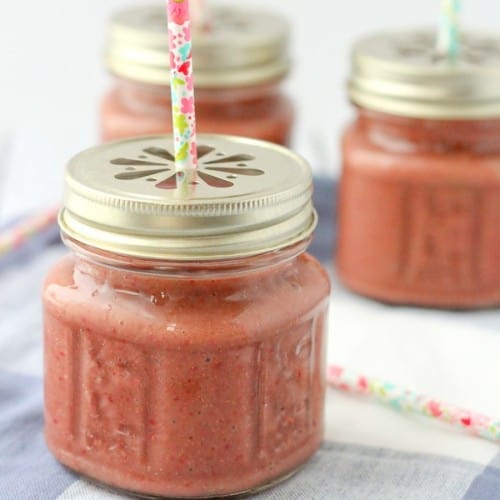