It is time again for the Secret Recipe Club (SRC)! This month I was assigned to {Sweetly} Serendipity and I found the perfect fall recipe on Taryn’s site. I had so much fun browsing through all of her delicious recipes, it was a tough decision–as always! If you’re unfamiliar with the SRC, make sure to check out the website. You can also browse my previous recipes that were part of the SRC: Zucchini, Red Pepper and Carrot Pancakes, Pork Tenderloin with Roasted Grape Sauce, Asian Grilled Chicken, and Chicken Enchiladas Verde.

Taryn’s apple cider muffins are adapted from Apple Cider Bread on Lori’s (Recipe Girl) site, another blog that I love, so I was sure this would be a winning recipe. I decided to make it back into bread like the original recipe…. 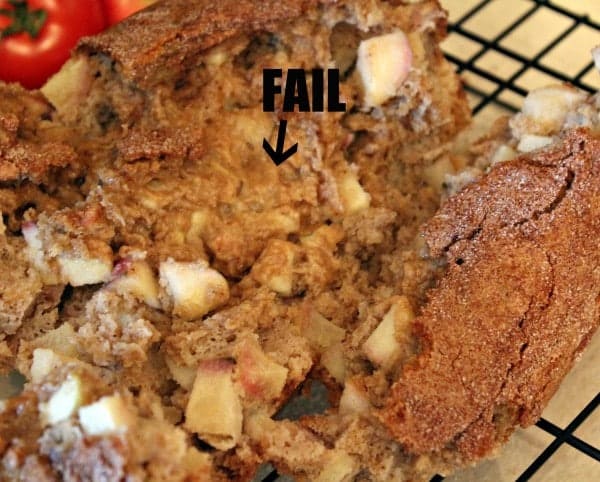 (I told you from the beginning that I would share my failures. So there it is. Ugly, gooey, and blurry to boot. Still tasty though. Not that I would eat under-cooked bread…)

I thought the toothpick was clean, I really did! Turns out it was very much under-baked in the middle so I went back to the drawing board. This time I decided to stick with muffins. 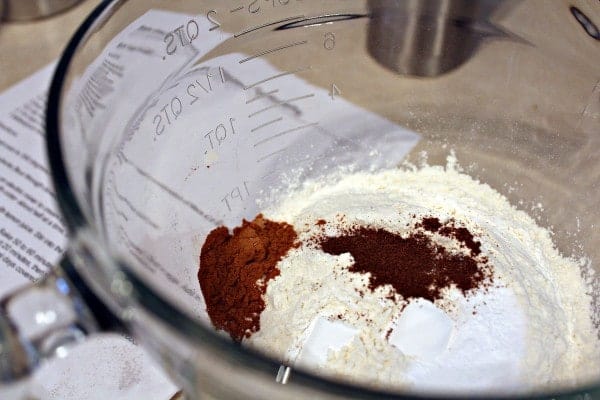 I also left the peels on the apples. 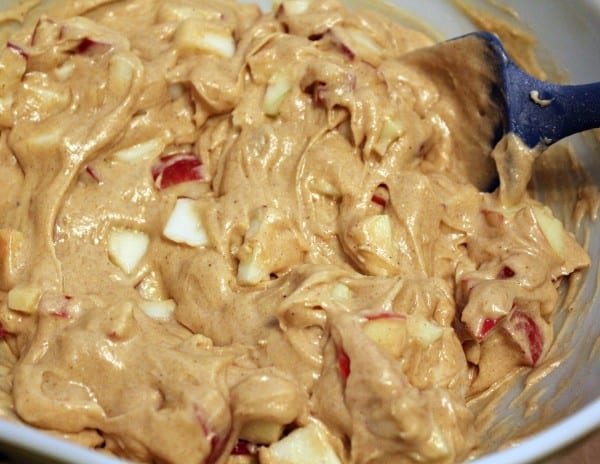 These muffins did not disappoint. They were delicious. I topped the bread with a little cinnamon-sugar mixture, and meant to do the same with the muffins but I forgot. I think Taryn put a glaze on her muffins which would be great too.

1. Preheat oven to 350*F. Grease, spray, or line muffin tins (makes about 18).
2. In a medium bowl, mix together flours, baking powder, salt, baking soda, cinnamon, and cloves.
3. In a separate large bowl, cream together butter, white sugar, and brown sugar. Beat in eggs.
4. Add in half of the flour mixture, mix until just combined, then add in half of the cider, mix until just combined.
5. Repeat step 4 with the rest of the flour and cider.
6. In another small bowl, mix together chopped apples with lemon juice. Fold these into the batter.
7. Scoop into muffin tins and bake for 20-25 minutes or until a toothpick inserted in the center comers out clean.
8. Cool completely on a wire rack before removing from muffin tins.

Verdict: Delicious! Great recipe for fall, especially if you’re sick of pumpkin!
Husband’s take: He ate all the outside of the failed bread and said “This is the best bread I’ve ever tasted!” Have I mentioned how much I love this guy?
Changes I would make: Well, I wouldn’t screw it up again. Hopefully. I was tempted to make it more low-cal by adding applesauce and decreasing the butter…but I was scared to mess it up again so I left it alone. This time.
Difficulty: Easy. Just take a good, close look at that toothpick before turning off the oven! 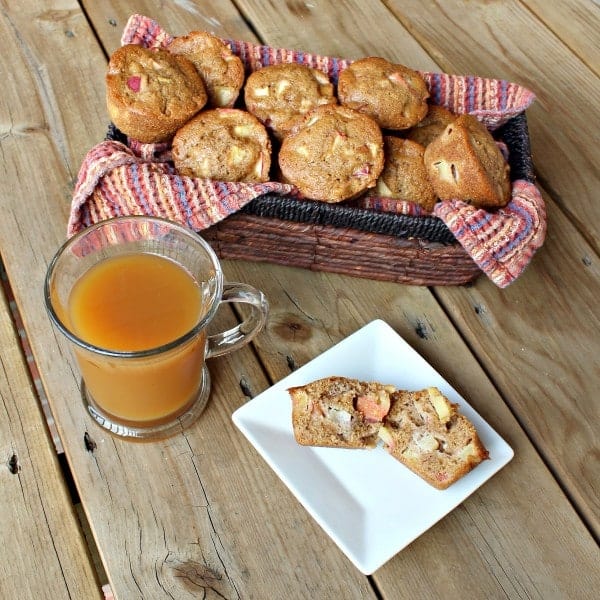 Make sure you follow the links to the other great recipes that were part of the SRC reveal! 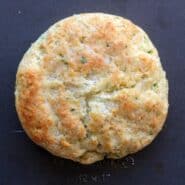 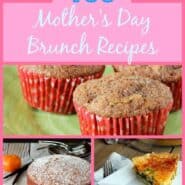 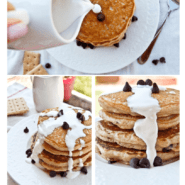