Let me begin by saying that we were having company over, which is the only reason I made these. I didn’t send the leftovers to work with my husband because they needed to be refrigerated. At least that was my story. The true story? These are good! I didn’t want to share. I should have shared, because I don’t think parent-infant swim lessons count as working out. Probably didn’t burn off the two brownies that I ate before class.
Cream Cheese Filled Brownies
Brownies:
One box of brownie mix (Buy the kind that makes a 9×13 pan. You could of course make this from scratch if you have a recipe you like. I’m lazy.)
1 cup semi-sweet chocolate chips
1 Tbsp espresso powder
Prepared as directed on the box (don’t forget to preheat oven), adding the espresso powder in before adding the eggs, oil, and water. Fold in chocolate chips after everything else is incorporated.
Filling:
one 8 oz package cream cheese (I used reduced fat, because I’m obviously watching my caloric intake)1 egg
2 Tbsp unsalted butter, softened
1/4 cup granulated sugar
1 Tbsp flour
1 tsp vanilla

Verdict: So good. Oh boy, I ate way too many of these.
Husband’s take: My hubby likes things on the traditional side–he prefers plain brownies. He ate around the cream cheese. Yes, around it. Seems like a lot of work too me, but whatever makes you happy!
Changes I would make: None necessarily, but I think next time I might add some peanut butter. Or mint extract. Then hubby with be really happy with me (not).
Difficulty: Only a teensy bit harder than boxed brownies. You can handle it, I have faith in you! 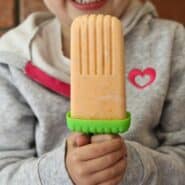 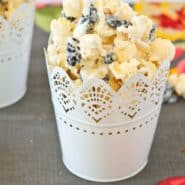