END_OF_DOCUMENT_TOKEN_TO_BE_REPLACED

Cinnamon Toast Crunch Bars will help you kick things up a notch. Rice Krispie Treats are old news – these bars are undeniably sweet and gooey – and the cinnamon will have you coming back for more. 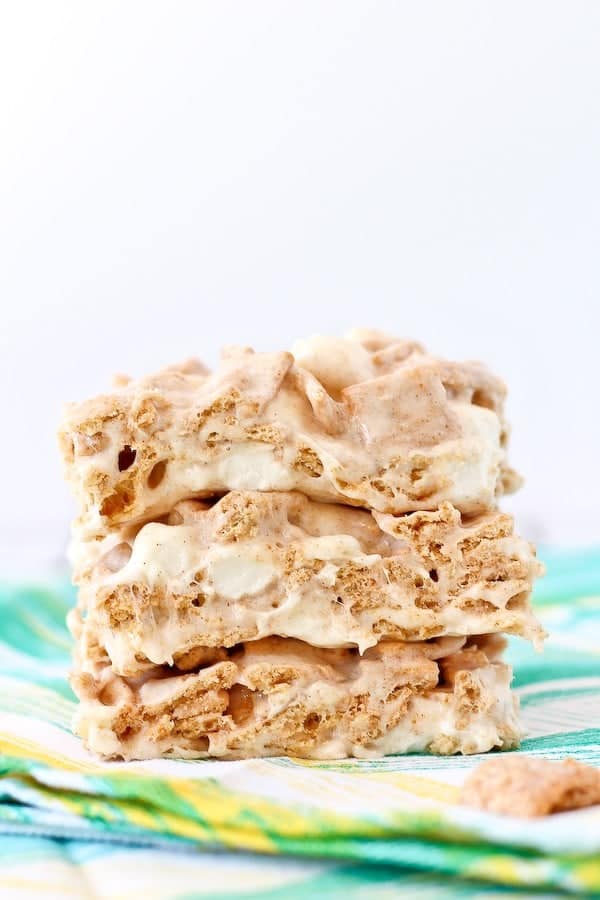 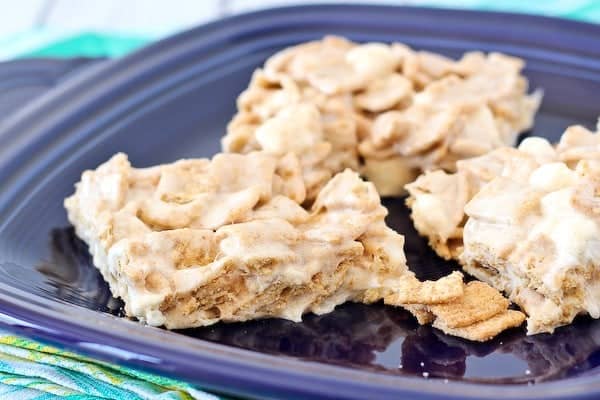 I have a few tricks up my sleeve when I make marshmallow-based bars like these Cinnamon Toast Crunch ones, the best Rice Krispie treats, or these Fruity Pebbles no-bake bars.

Trick #1: Grease your pan, and your hands when you press the bars in. You’ll be glad you did. But if you don’t grease your hands, you’ll need to lick them off… so really, this is a win-win.

Trick #2: Don’t press them in too firmly. Gently press down so they’re in a nice even layer, but don’t pack them in. You’ll end up with very tough bars if you do that. 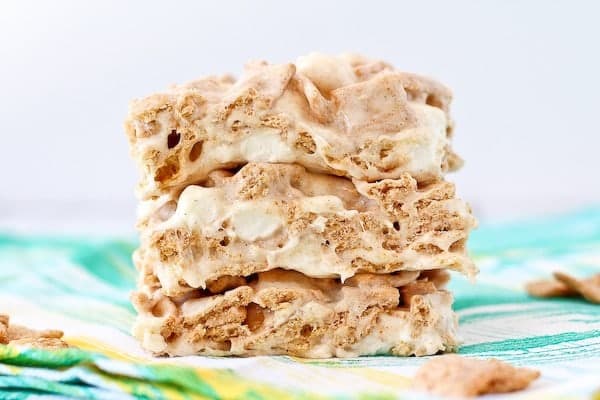 Trick #3: The added marshmallows. Sure, all the cereal is coated in gooey marshmallow goodness, but why not add MORE? I add in mini marshmallows with the cereal to achieve fun little pockets of marshmallow. Doing this also adds to the lightness of the bars, again preventing them from becoming tough or too dense. 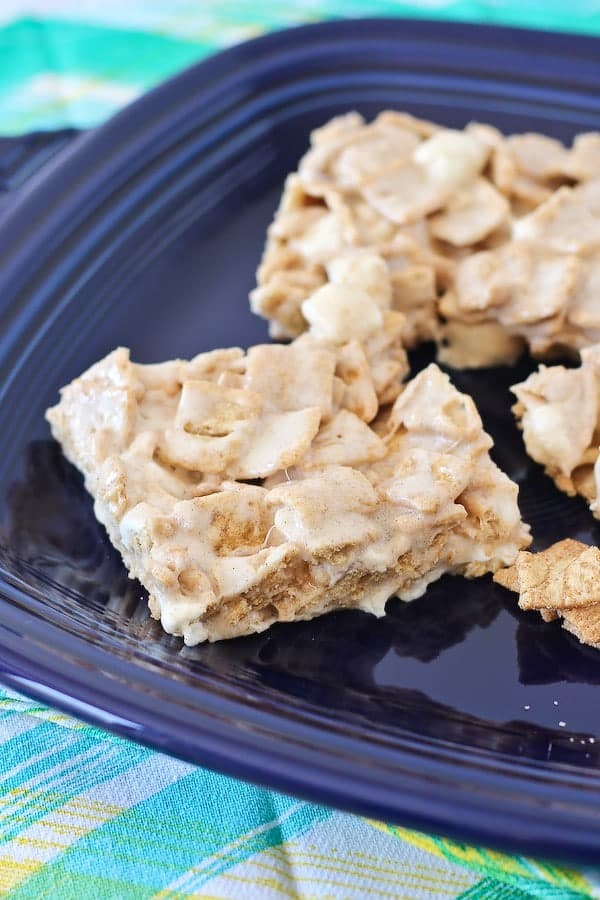 The only question that remains is what cereal should be next on the docket for no-bake bars? Golden Grahams? That one cereal that looks like little cookies? Oh yes. Or how about the peanut butter puff one? Clearly I don’t buy much cereal. I’m a Raisin Bran girl… but something about Raisin Bran and marshmallows just doesn’t seem right to me…

If Cinnamon Toast Crunch isn’t your kryptonite like it is to me, but you’re still looking for a no-bake treat, you might want to try no-bake lemon berry cheesecakes.

This Cinnamon Toast Crunch Bars recipe was developed by me for Food Fanatic. 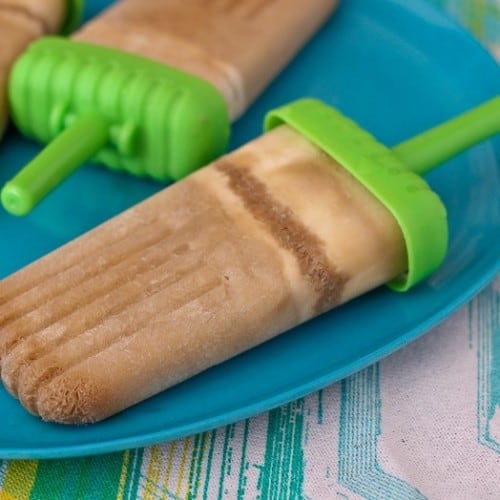 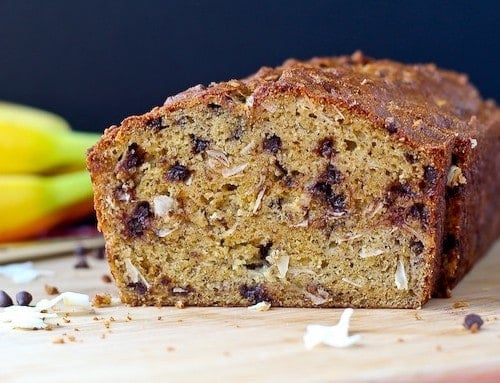