Homemade Eggnog Recipe – with or without alcohol! 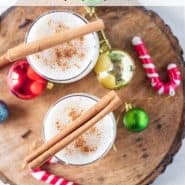 A festive holiday treat, silky sweet homemade eggnog is warmly flavored with cinnamon, nutmeg, cloves, and vanilla. It’s delicious with or without alcohol. 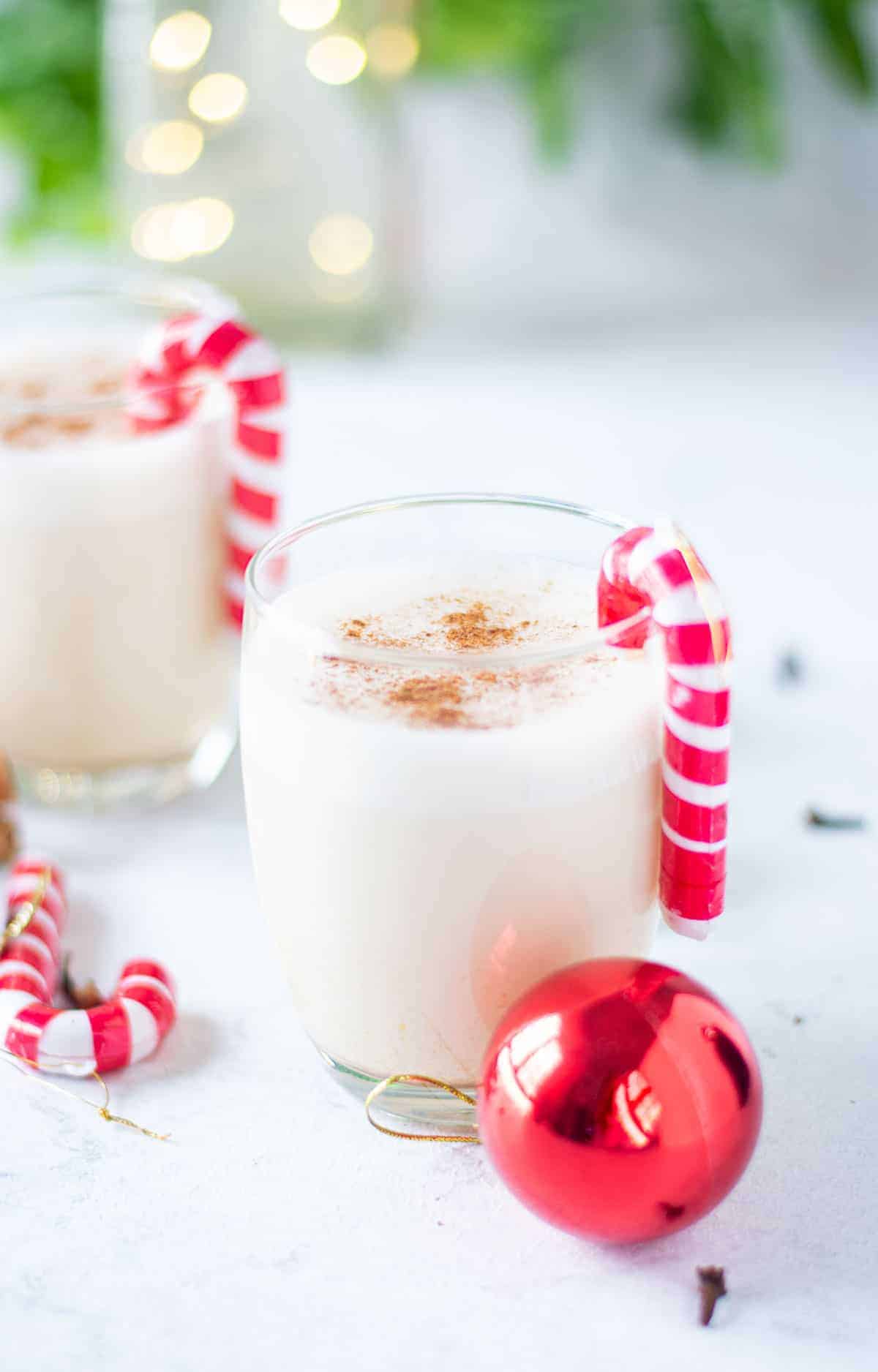 If you’ve never had homemade eggnog, you’re missing a real treat. I usually avoid eggnog at holiday parties because the store bought stuff is pretty bad. Take a look at the ingredients on the carton and you’ll see things like high fructose corn syrup, natural and artificial flavors, carrageenan, annatto, turmeric. While turmeric is great in curry, I’m not sure I want it in my eggnog, replacing the golden yellow of real egg yolks.

Quite frankly, there’s really no comparison. Homemade and store bought don’t even taste like the same product. I encourage you to give this homemade eggnog recipe a try.

My son, who’s notoriously picky, took a very small sip, and said, “It tastes like pudding!” He proceeded to drink it all and ask for more. My mom, who’s notoriously not picky at all, didn’t even want to try it, being burned out on lousy eggnog. She braved a sip, and loved it! Wait ’til Christmas, mom, when the brandy comes out. 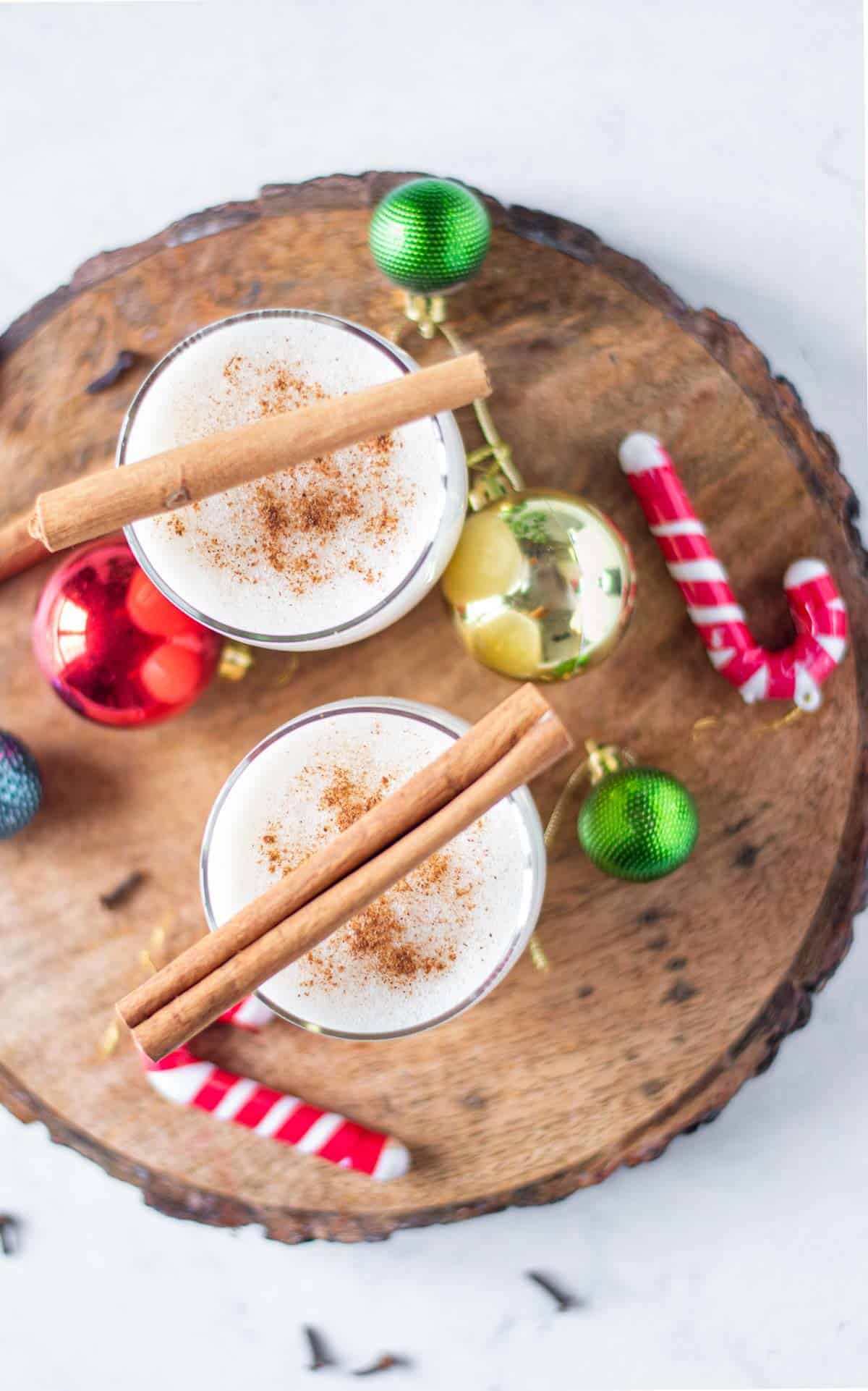 A (Brief) History of eggnog

People have been drinking eggnog for a thousand years. It’s thought that the drink originated in Britain, was served warm, without alcohol, and was called “posset.” The colonists in America had plenty of milk and eggs, so they adopted the tradition, adding rum which was inexpensive and widely available. George Washington even wrote a recipe for Christmas eggnog. His recipe included lots of alcohol: brandy, whisky, rum, and sherry, mixed with cream, milk, eggs, and sugar. At the end of the recipe, he advised, “Taste frequently!” “Tis the season! 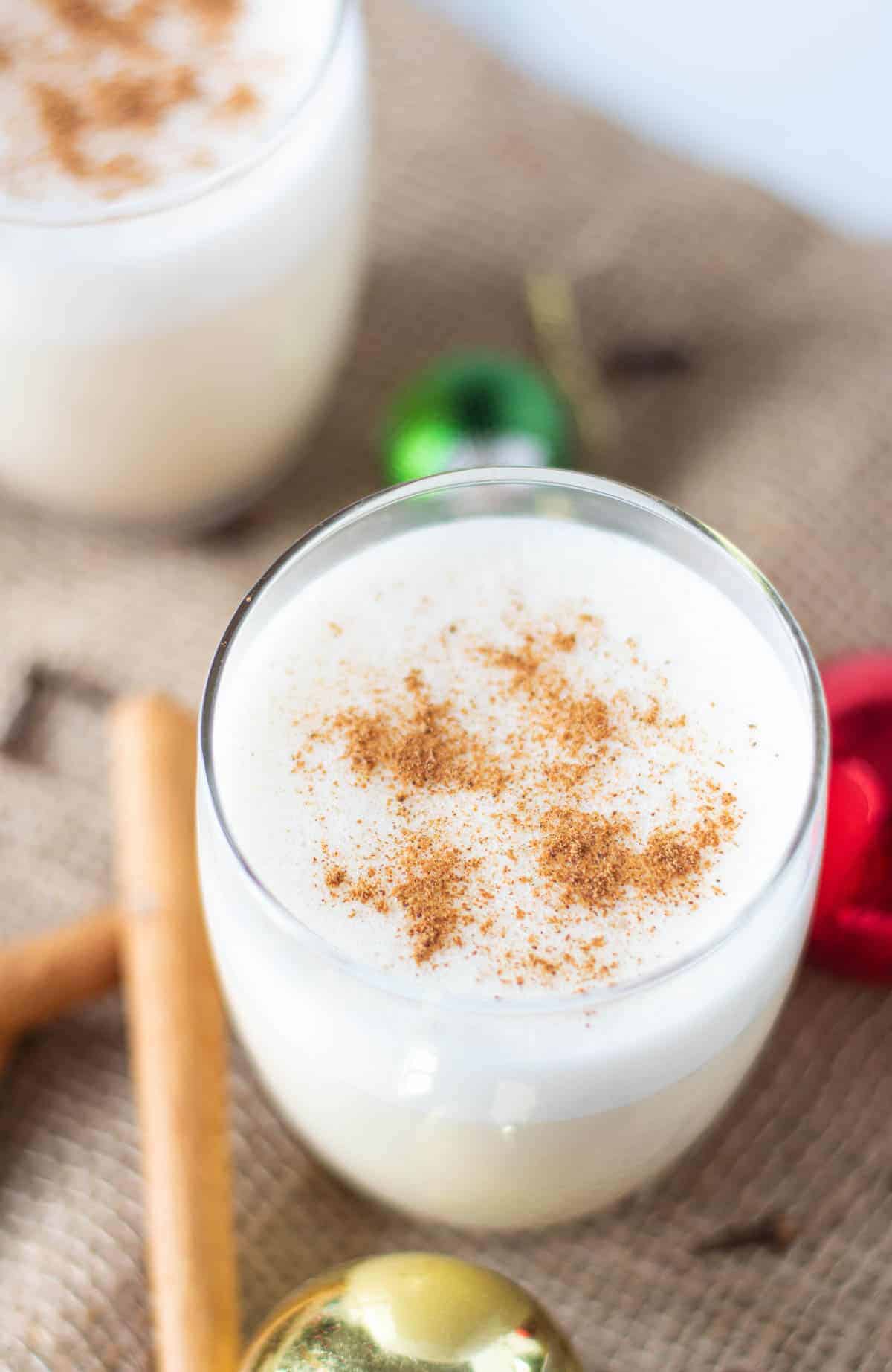 About this homemade eggnog recipe:

You may add as much or as little alcohol to your eggnog as you like but this luscious homemade eggnog easily stands alone as a delightful creamy beverage. It’s not difficult to make but takes a little bit of time.

What supplies you need to make eggnog:

You’ll love the simplicity of the natural and wholesome ingredients in eggnog. Perhaps all of the ingredients are already in your pantry and fridge!

How to make eggnog:

Making eggnog is pretty easy. Add the ingredients to a blender and blend until they’re nice and creamy. 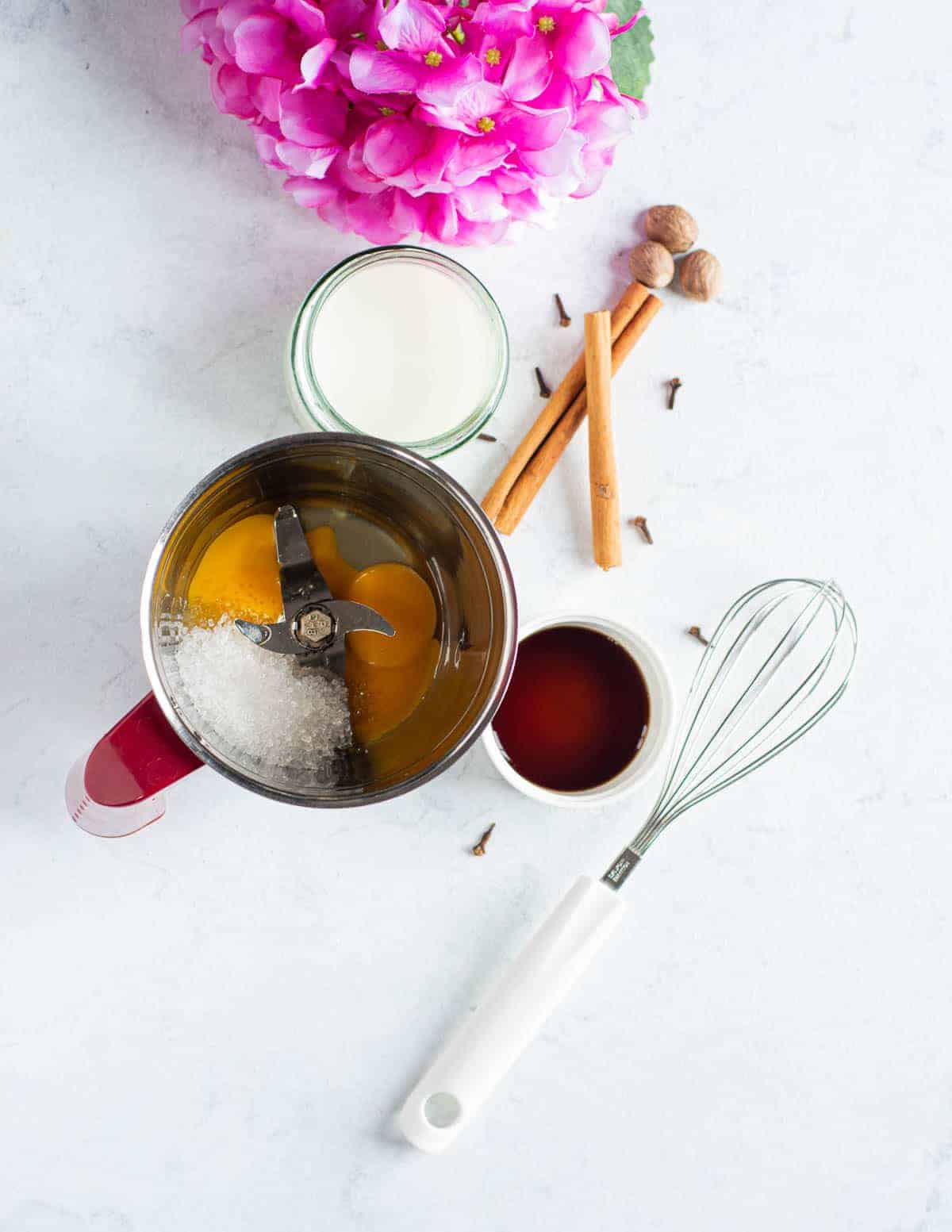 Pour the mixture into a saucepan, add the cinnamon stick and whole cloves, and slowly, slowly, slowly cook for about 10 minutes. Don’t try to hurry it along over high heat. Low and slow is the key here. Why? If you boil the mixture, the eggs cook too quickly and you’ll get curdled, lumpy eggnog. Not what we’re looking for here! 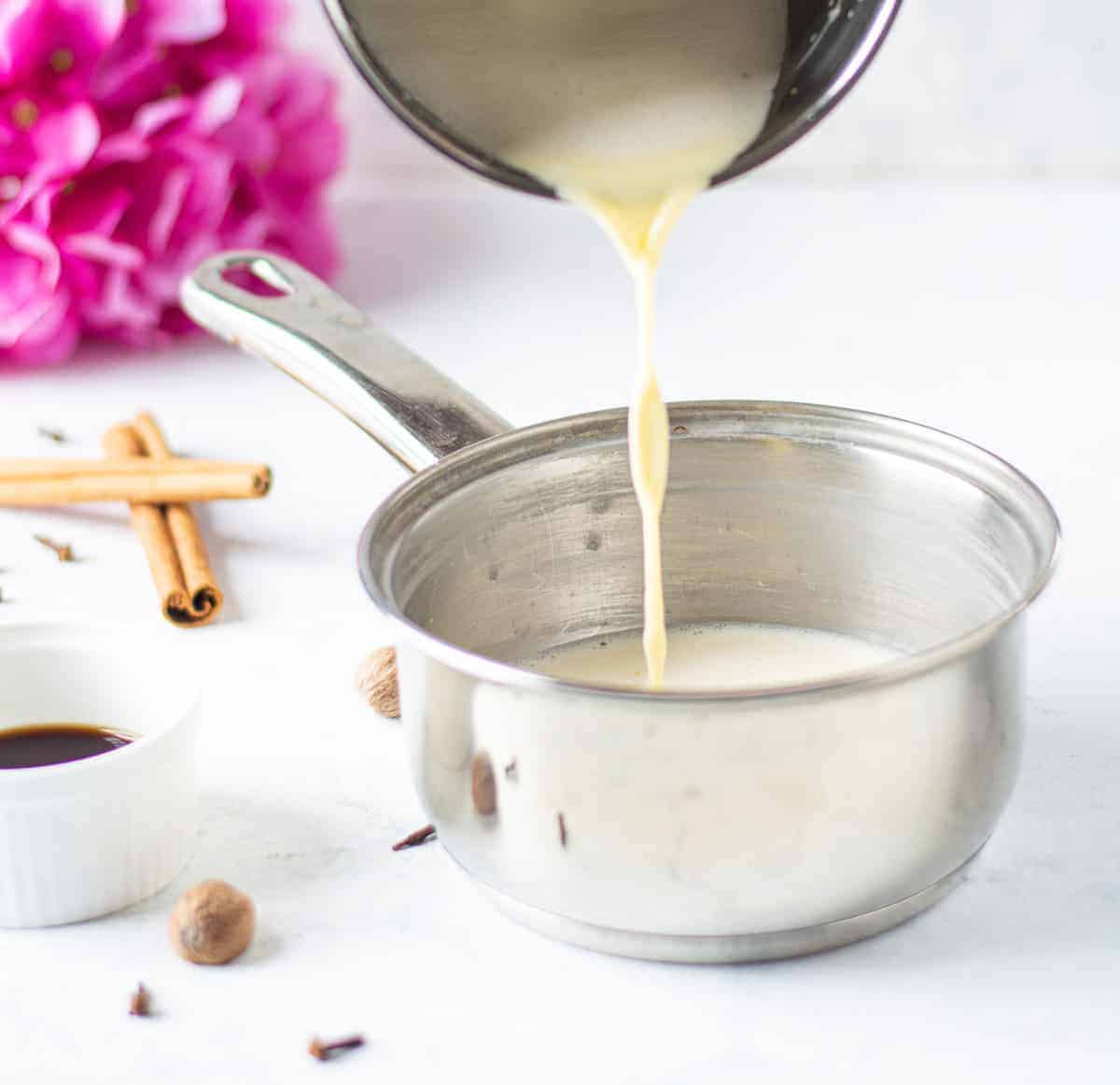 Once the mixture has thickened, remove it from the heat, and strain out the cinnamon stick, cloves, and any bits of cooked egg. 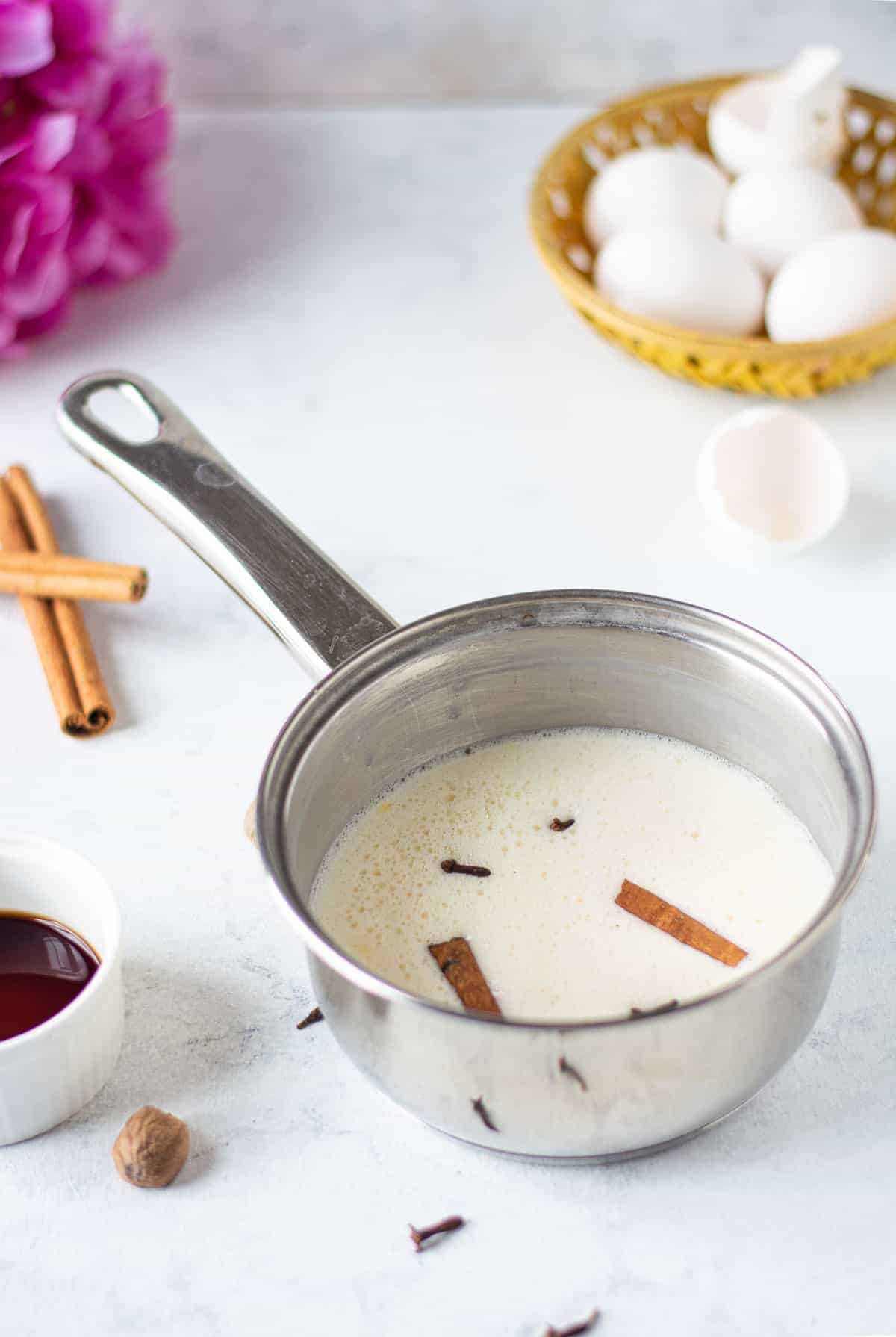 Chill overnight, if you can wait that long. We usually sample a bit (okay, maybe quite a bit) after an hour or two of chilling. Remember George’s advice, “Taste frequently.”

To serve, pour into small glasses or cups and garnish with a sprinkle of nutmeg or cinnamon. A bit of whipped cream on top (or stirred in) is wonderful, too. 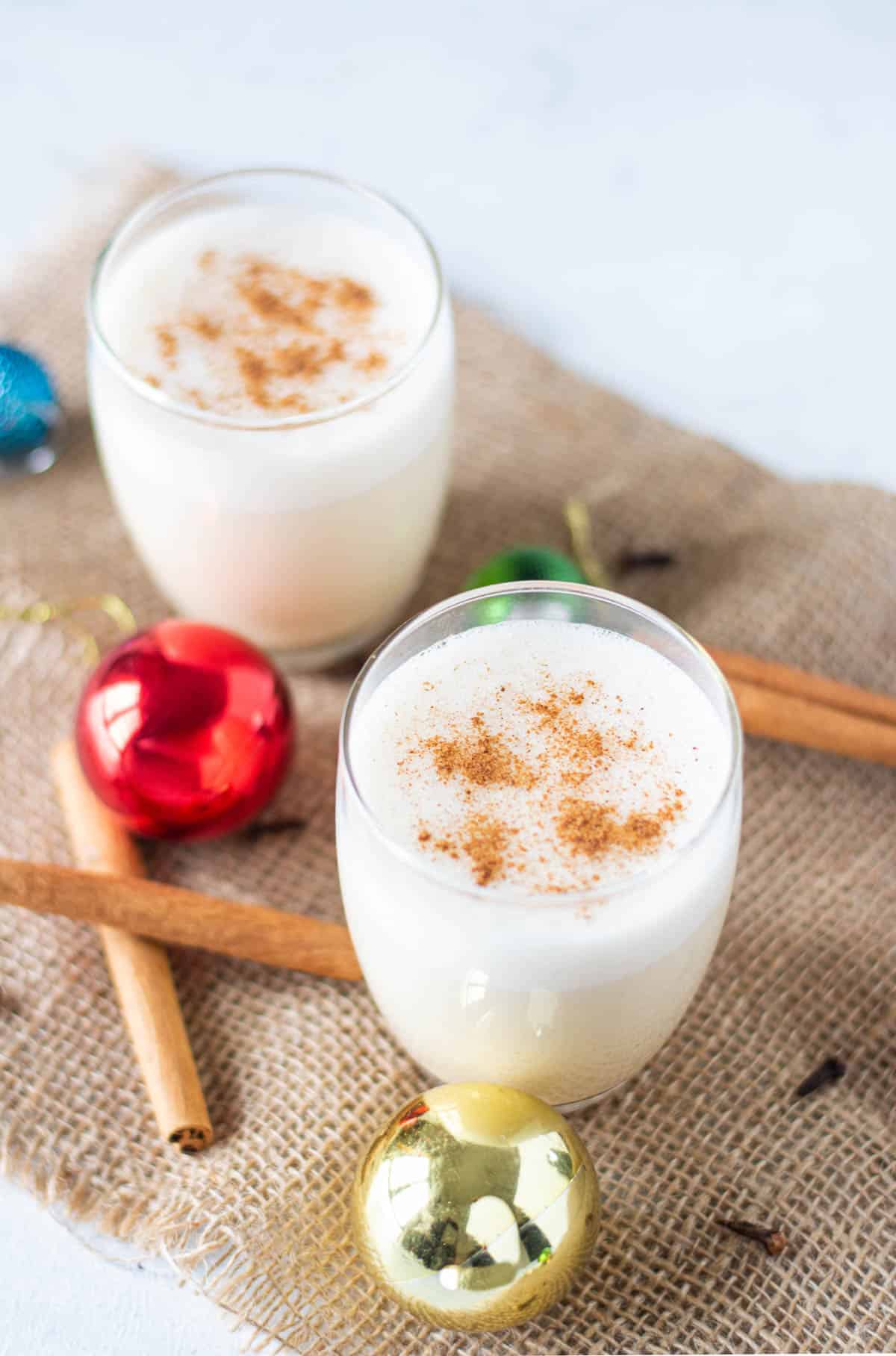 Wondering what to serve with eggnog? For those with a sweet tooth, a plate of cookies like Snickerdoodles, Brigadeiros (fudge balls), ginger sparkles, or double cinnamon crinkle cookies would be perfect. Or try more savory treats like baked Brie with cranberries and bourbon pecans, sausage pinwheels with apple, sage, and Gruyère, or easy kale and spinach dip bites.

What alcohol goes with eggnog?

Brandy, rum, or whiskey (bourbon) are most commonly added to eggnog. Each has its own unique flavor so experiment to see which one you like the best. Begin by adding a small amount — you want the wonderful flavor of your homemade eggnog to shine.

For best results, stir in the alcohol of your choice with the vanilla, and chill. 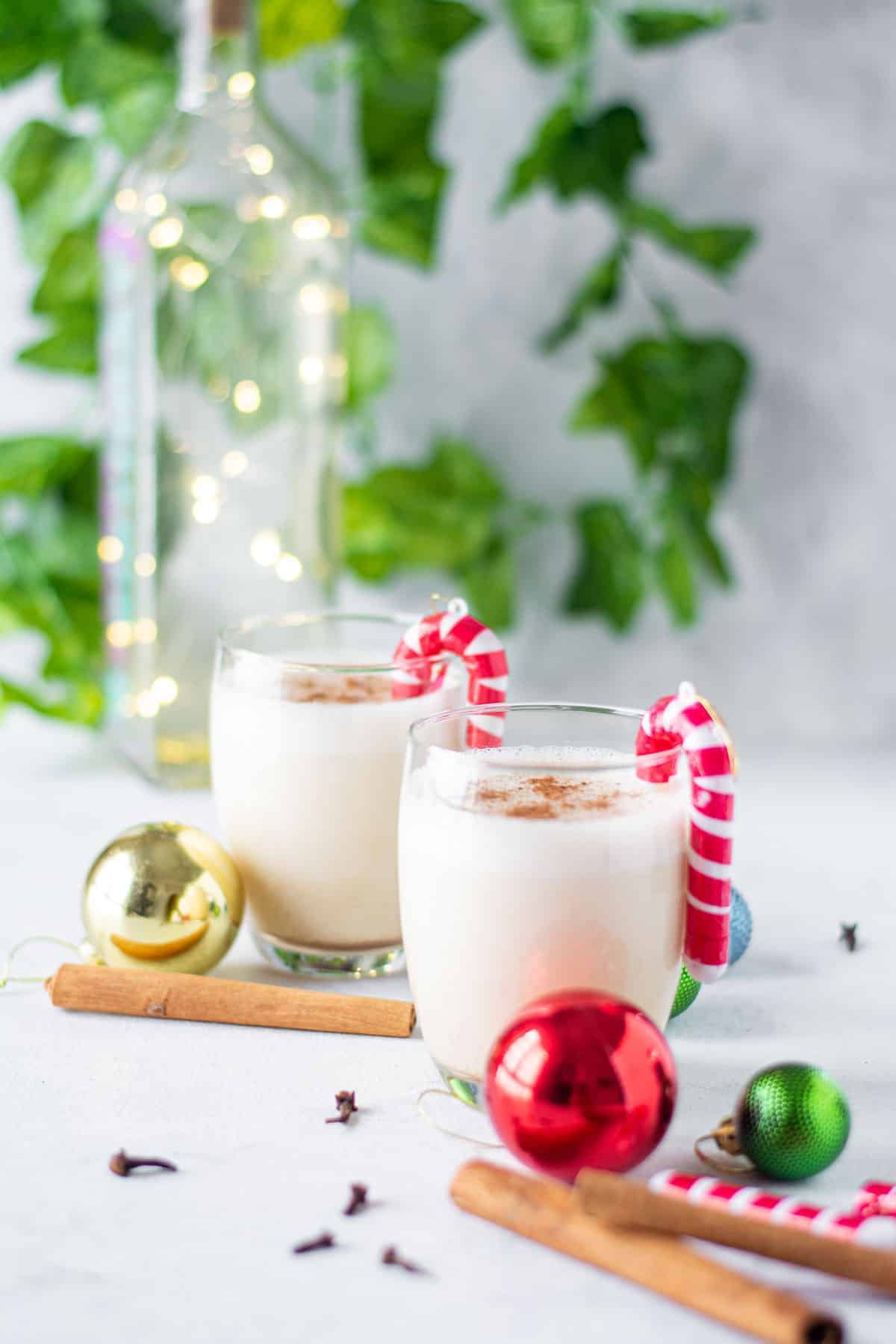 How to make this eggnog your own:

Store eggnog in the fridge in an airtight container. It will keep three to four days.

Toast to the season! 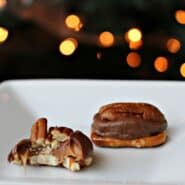 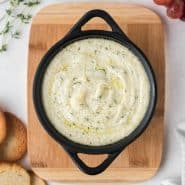 2 Comments on “Homemade Eggnog Recipe – with or without alcohol!”