Seared Tuna with Saucy Mama Mustard and a GIVEAWAY!

Seared tuna is one of my husband’s favorites. He could probably eat it everyday. He likes to eat it with wild rice as an entree, but I wanted to make it a little more approachable and fun for a party. Tuna isn’t the cheapest fish that you can find, but you don’t need much fish to make a lot of appetizers, so for a party of 10-20, you’re probably looking at 5-10 bucks.

1. Take tuna out of fridge about 15-20 minutes before you plan to cook it. It is served rare, so you don’t want the inside to be cold. You can of course cook it further, but it is traditionally eaten rare.
2. Halve the tuna lengthwise. You want it to be about the width of your cucumber slices.

3. Season tuna with salt and pepper to taste. Coat each of the two pieces of tuna generously with the Saucy Mama mustard of your choice (use a brush, or your fingers). I think I prefer the tarragon lemon with the tuna, but that’s just me! The ginger in the Apricot ginger mustard goes very well with the tuna as well.
4. Spread out black and white sesame seeds on a plate.
>5. Coat all four sides of each of the two halves of the tuna steak with sesame seeds.
6. Place tuna steaks halves in a non-stick skillet heated to medium-high. Sear tuna for about 2-3 minutes, flip over and cook for another 2-3 minutes.
7. Remove from pan, transfer to a cutting board, and slice (with a very sharp knife) into ~1/4″ slices.
8. Place each slice of tuna on top of a cucumber slice and garnish with more mustard (see pictures for options).
<9. Serve immediately.
Makes 12-14 appetizers
Appetizers/Snacks 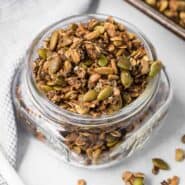 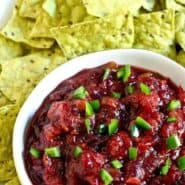 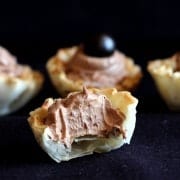 23 Comments on “Seared Tuna with Saucy Mama Mustard and a GIVEAWAY!”