Try alliteration pasta! This pasta with pancetta, Parmesan, parsnips, and parsley is fun to say, and even better to eat! 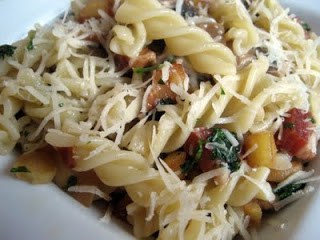 I found this recipe quite awhile ago on Food Hunter’s Guide blog and printed it, placing it in my “to make” pile of recipes. Sometimes these recipes never make it into my kitchen, but this one has been on my mind and I knew I was going to have to make it.

It’s so good I know I’ll most likely be making it again. I made some changes to the recipe (as always) making it just a bit healthier in keeping with RachelCooks philosophy.

I added mushrooms, eliminated some fat, and eliminated all the butter. Paula Deen would be appalled but I think it’s better this way!

I think the idea of alliteration pasta is fun. Maybe you can come up with your own version!

About this pasta with pancetta

The pasta is easy to make. Get the water boiling for the pasta. Fusilli is great but any kind of pasta would work. Try whole wheat pasta, my family loves it!

Meanwhile, fry the pancetta in a large skillet until it’s golden and crisp. If there’s an excess of oil in the pan, remove some of it, leaving just enough to sauté the mushrooms and parsnips. Stir in the parsley.

Once the pasta has cooked, drain it, reserving some of the cooking water. Add the pasta to the pan with the pancetta, mushrooms, and parsnips, and toss lightly. Add some cooking water if needed to loosen the sauce.

Divide among four pasta bowls and sprinkle with Parmesan. So good and so easy! You can get the full recipe below. 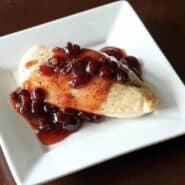 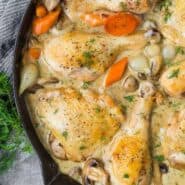 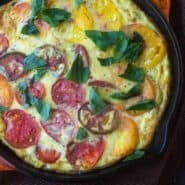 6 Comments on “Pasta with Pancetta, Parsnips, Parsley, and Parmesan”